The Berman/Barosin's & the birth of Berman's Motor Express

Isaac Berman (Barosin) married Sarah Schmuelowtsch in 1910.
Two years later they boarded a boat in Liverpool and sailed to
Boston. So began the Barosin/Berman odyssey in the United
States. 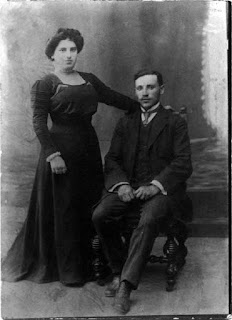 Isaac was the son of Pinches Barosin, a teacher in the small
Latvian town of Varaklani (Warkland). At the time of Isaac’s
birth, it was the most Jewish of Latvian villages. 1,337 Jews,
75% of the town’s population, called it home in 1897. On August
August 4, 1941 the Nazi troops entered the village and
executed Varaklani’s 952 Jewish residents. Today only one
Jewish person lives in the village.


Sara was from Vilna, Lithuania. Vilna was  known as the
Jerusalem of the North because it was “without peer as a
center of Jewish culture, learning, and political activity.” It was
the crown jewel of Jewish culture. In the eighteenth century it was
hub of Jewish scholarship. In the nineteenth the focal point
of the Jewish enlightenment movement. By the beginning of the
twentieth century it was home to 76,000 Jews, half the city's
100 synagogues and the bund, a pan-European, socialist
organization organized to promote the  Yiddish language,
the rights of Jewish workers, and Jewish national autonomy.


Bund members were active in the 1905 revolution. Following the
defeat of the revolution, pogroms broke out across Russia. In
response Socialists organized self-defense units. The authorities
disbanded these units, confiscated their weapons and arrested
many activists. Some fled abroad and those left went
underground. 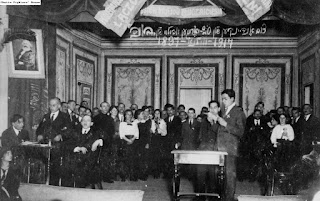 Issac who was orphaned by the age of twelve was attracted
to the 1905 revolution and became a Bolshevik sympathizer.
He once told his children he helped barricade the streets
in 1905. Issac believed the 1917 revolution was the
salvation of the Jews. He maintained his commitment to
socialist ideas throughout his life even as he became a
successful capitalist.

Issac migrated from Varaklani to Copenhagen, Denmark,
home of his younger siblings, shortly after the revolution’s
defeat. Once settled, he sent for Sara  whom he had met
on a visit to Vilna.

The first two Berman children, Ida and Benjamin (Pinches), were
born in Copenhagen in 1911 and 1912. 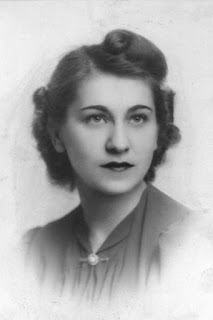 Shortly after Ben was born, the young couple migrated to the
United States. Their port of entry was Boston.  U.S. immigration
law, while not as restrictive as it would become in the early 1920s,
required a family sponsor. Sarah’s sisters who lived in
Binghamton, New York where their husbands were in business
probably sponsored them. 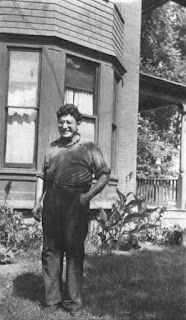 Isaac had apprenticed as a shoe cobbler or a printer in Varaklani.
The facts are unclear. But it is certain he wanted to make it  on
his own. One of his first ventures was a candy store
in Hartford, Connecticut. But that was short lived.
One day Sarah heard Ben crying. She entered his room to
discover that a mouse had climbed into his crib and bitten him.
Sarah was horrified. She put her foot down, insisting the family
leave Hartford for Binghamton where one of Isaac’s sisters was
married to Hymie Galinsky, the son of Anna and Nathan Galinsky.
Hymie was a junk-man. He eventually opened an automobile
graveyard selling  parts from junked cars.
Another os Sara’s sisters, Rose, also lived in Binghamton.
She was married to Simon Sall, a butcher.
Isaac was strong-willed with an independent streak. He was not
interested in working for or with his brothers in-laws. He wanted
to make it in America on his own. He worked as a junk man and
then during WWl at Endicott Johnson shoe factories in Johnson
City and Endicott NY. 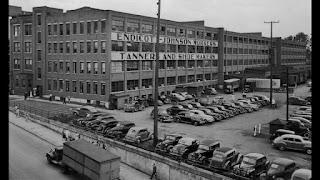 During the war, shoe-making provided enough  overtime that
Isaac could support his growing family of Ida, Jack, Ben,
Charlotte, and Fran. But when the war ended so did the
overtime. Shoe factory wages were simply not enough to
support the growing Berman family of seven. 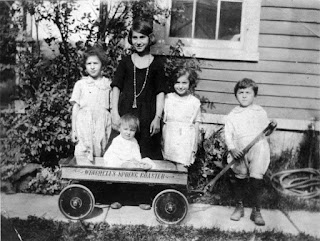 Simon proposed that he and Isaac go into the business together
relying on Simon's butchering skills. The plan was simple- they
would buy cows from nearby farmers, Simon could butcher them,
and they would sell the meat. All they needed was a truck to
transport the cows. Together, they secured a bank loan and
bought a truck.


Simon and Isaac drove out of town to visit a farmer they had
befriended. Since Isaac knew nothing about farms or animals,
he left  Simon in charge while he explored the farm. When Isaac
returned, Simon had successfully purchased a cow. To Isaac’s
surprise and dismay, however, the animal was dead. Isaac
asked Simon why he had purchased a dead animal. “That is why
we got such a good deal,” Simon replied.


Isaac knew little about the meat business. But he knew enough to
not want any part of a dead, presumably diseased, animal. He
told Simon, “You take the cow, I’ll make a living with the truck.”
And that was the beginning of Berman’s Motor Express.


Mary, the fourth daughter of Isaac and Sarah and sixth of their
children,  was born in Binghamton. At some point the family
moved to Marathon, N.Y. where Arnold and Sammy, the two
youngest children were born. 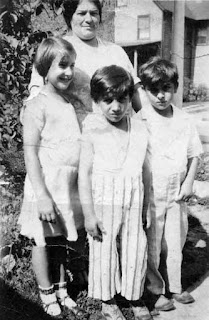 Isaac was aggressive, ambitious and gregarious. He traveled
the countryside befriending  the area’s farmers, many of whom
were Slavic immigrants and, like Isaac, socialist. Their ideological
compatibility helped Isaac convince the farmers to let him deliver
their eggs to New York City. To secure their business Isaac
guaranteed them the price of their eggs. His competitors, the
railroads forced the farmers to eat any fall in prices. To ensure
the round trip to New York City was profitable, Isaac began
hauling sugar on the return to Binghamton. Ben and Jack,
the oldest Berman boys, went on trips to NYC even before
graduating from high school. 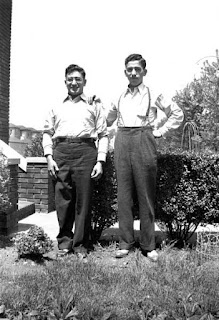 When the economy collapsed in 1929, the price of eggs would
plummet in the day it took to deliver them to the city. Isaac
was losing money and could no longer justify making the trip. He
decided to expand into hauling freight. Fortuitously a trucking
company called B & B with a Binghamton to Boston route went
bankrupt. Isaac purchased the route in 1933. Ben and Jack who
had graduated high school were his drivers. Ida, the oldest
Berman child who had completed her work at NYU, but never
graduated, took customer calls during the day and worked as
the company’s bookkeeper. Berman’s was truly a family affair.


The railroads were regulated in the latter part of the nineteenth
century with the establishment of the Interstate Commerce
Commission. By 1934, their monopoly on interstate transport was
threatened by the emerging trucking industry. The railroads
successfully lobbied the federal government to regulate trucking.
As a result, in 1934 trucking was federally regulated. Ida read
the ICC regulations and completed the paperwork to ensure that
the Berman routes were secured. 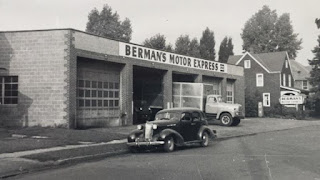 As BME expanded, it secured another route to Pittsburgh
becoming a regional trucking business.


The company was unionized by the Teamsters during the
great union drives of the 1930’s and 40’s. Isaac’s children,
recognizing the contradiction between his commitment to
socialism and his success as a capitalist, would tease him
about supporting the worker’s right to organize. His response
was that the steel workers and the auto workers were
proletarians, but the teamsters were a bunch of bums.


When the Red Army marched into Peking, Isaac threw a party
at his Brookline home to celebrate.


Following WWII Sammy, a bombardier during WWII who was
awarded the Distinguished Flying Cross and the Air Medal seven
times, joined the business after a short stint in Madison,
Wisconsin. Isaac unexpectedly died in 1952. Ben, Jack and
Sammy took over the business. Ben and Sammy ran the
Boston terminal. Jack ran the Binghamton operation.

Berman's Motor Express flourished until it was sold in the middle
1980’s after the trucking industry was deregulated by the Carter
administration.  It was a wise move as deregulation
destabilized the industry.

All that remains is a terminal in Medford and the memories.
Posted by Michael Rosen at 2:40 PM 9 comments: