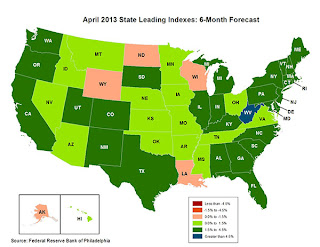 Good Morning.
My name is Michael Rosen and I have been an economics professor at Milwaukee Area Technical College for twenty-six years.  MATC is one of the largest two- year colleges in the nation with 50,000 students, the majority students of color and economically disadvantaged.
I am appearing before you today to urge you to develop a strong gainful employment rule to ensure that students who attend college with noble academic and employment aspirations are not left unemployed or underemployed with huge debts they have no possibility of paying back.
I have become an advocate for a gainful employment regulation based on my own experience and that of literally dozens of former for-profit college students I have met.
Three years ago I read an article in Milwaukee’s local paper about a new technical college that was planning to open a block and half from MATC. That piqued my interest because I wondered why Everest College, which I had never heard of, would want to locate so close to the state’s largest, public technical college.
So I did some research and was shocked to learn that Everest, a subsidiary of Corinthian College Inc., was mired in controversy over poor graduation and job placement rates; that its credits didn’t transfer to most colleges and universities; and that its students had incredibly high student loan default rates. I also learned that Everest was the subject of several lawsuits and investigations and had recently settled with the state of California for almost $7 million.
I contacted the city council person, Milele Coggs, who represented the district Everest wanted to locate in. She was equally concerned and asked me to testify at a Board of Zoning Appeals hearing on Corinthian’s request for a zoning change so they could begin construction.
Upon hearing our concerns about Everest’s record, the Board held their decision over for a full public hearing. Corinthian representatives threatened that if they did not receive immediate approval the redevelopment deal would die. That proved to be an idle threat, but representative of their corporate culture.
A hearing was finally called for February 2010.  Corinthian spared no expense, hiring one of the city’s most expensive public relations firms andpressuring the Chamber of Commerce to hold a public meeting to promote their venture.  Their representative asked me what Corinthian could do for me to get me to stop opposing their project.
Opposition to Everest had grown, including the resident’s council representing the housing project next to Everest’s desired location, the NAACP, seven aldermen, the MATC District Board and a local Latino organization, Voces de la Frontera.
Nonetheless, the Board of Zoning Appeals approved the project, which was subsidized with $11 million in interest free bonds. But a spotlight was now on Everest when it opened in the fall of 2010.
Less than two years after Everest opened it quietly announced it was closing. But because its opening had been so controversial, the decision became big news. Immediately the local media learned that our worst fears had been realized. As it had in other cities, Everest enticed low-income students with the promise they would find gainful employment after they completed their studies, encouraged and sometimes coerced them to take out huge loans to pay tuition for programs that cost four times what they would have paid for the same courses at MATC, and had more students drop out than graduate from their programs. An article in Milwaukee Journal Sentinel lists the damage:
More than half of the 1,585 students who enrolled since October 2010 when the school opened dropped out.

Everest placed only 95 students by the end of July—less than 6 percent of enrollees and 25 percent of its graduates.

By comparison, according to the Wisconsin Technical Colleges’ annual Graduate Follow-up Report, 88 percent of the 2011 graduates were employed within six months of graduation and 71 percent were employed directly in their field of study.

At the time its closing became public, Everest had only 300 studentsenrolled. At the behest of the Education Approval Board, a Wisconsin regulatory body, it agreed to pay the educational loans of the 827 dropouts, assuming they can be located, and those of any of the 300 students who didn’t make it to the end of March. The debt is estimated at $3.7 million.

The mayor sent a letter requesting that Everest pay the loans of those who had graduated. But Everest did not agree. The school is now closed and there are hundreds of former Everest students who are left with broken dreams, no jobs and huge debts.
One of them is Michelle Reise whose full testimony I have supplied to this committee. Her experience is like many others who have been lured into attending for-profit colleges by the promise of an accelerated academic program that will lead to immediate and gainful employment.
As Michelle wrote: “I graduated with a 4.0 GPA and was an Everest  Ambassador. My credentials speak for themselves. I have only had 3 interviews for offices in my field, all of which I found on my own with no help from Everest. They promised me, based on their advertising, a better life and that they would place me in my desired field of study. Everest was not the start of a better life, but more of a beginning of a long still unfinished nightmare, leaving me with a large amount of debt ($10-15,000) and no new start.”
Or Carron Kilpatrick, an Everest grad, wrote: “Everything they promised was a lie. I could talk all day about how my decision to go to this career college ruined my life but unfortunately I don’t have enough time in my day because I am working two jobs as a housekeeper and personal aid and have two children to take care of. My intentions were to give my children a better future by bettering myself through education. Everest ripped that dream away from me and is the reason I am struggling today with a $12,000 debt. “
Or listen to Antonia Fuentes:” I enrolled into the Criminal Justice degree program at Sanford Brown… My recruiter embellished on the career outlook, promising a bright future with a favorable career. From the salary level of $40,000 annually to the success stories plastered all over the walls, it was all an advertisement strategy to recruit vulnerable students to enroll in their bogus programs. The credits I earned were nontransferable to any four year degree program… I found myself stuck with close to $30,000 in loans that I may never be able to pay back… It has been almost four years since I graduated and I am without a job in my field of study.”

Or Kyla Morrison: “I was a good student with good grades. When I finally had an interview with Aurora Health Care the lady confided in me that this school had a bad reputation and no one wanted to hire anyone from this school, from their bad experiences.  I started talking to other graduates and they too were having the same issues. I went back to the school where they had people who helped find you jobs. This again was no help… This school was a total disappointment and I wasted so much money on a school that got me nowhere.”
These are just a sample of the testimonies I have submitted. But all of them indicate that students, many of whom have no experience with higher education, are lured into enrolling in for-profit colleges by aggressive recruiting and marketing techniques, the promise of accelerated classes and effective job placement services, and high paying employment. Yet they wind up with their dreams destroyed, credits that do not transfer, huge debtsthey cannot possible pay back, and no gainful employment.

The reason there are so many dissatisfied students, multiple lawsuits, andthirty-two state Attorney General investigations is that their business model is focused on misleading and aggressive advertising and recruitment, paid for by procuring government loans for students.  It is confirmed by the Department of Education that for-profits enroll only 9.6% of higher education students, but capture almost a quarter of all federal financial aid. Equally alarming, they are responsible for almost half of all student loan defaults.

Because for-profit colleges’ goal is profit not placement, their primary concern is getting students signed up, not educating them, securing internships or clinical experiences, or finding them jobs. They have a sordid history of promising jobs and transferability to students, but not delivering anything but crushing debt.

Several of the students I have spoken with were counseled to forbear their loans, regardless of their individual financial situation and despite the fact that, depending on the loan, interest could continue to accrue and other repayment plans were available. This widespread practice along with  investor reports from for-profits schools like Corinthian suggest a strategy of abusing forbearances to manipulate cohort default rates and thus avoid gainful employment sanctions. I urge the Department of Education to consider this possibility and other evasion tactics documented by groups like The Institute for College Access and Success when writing new gainful employment regulations.

A gainful employment rule that ensures that former students, both grads and non- completers, obtain a meaningful education to qualify them for jobs that pay enough for them to pay back their loans without significant hardshipwill protect both students and taxpayers. A debt to income metric will measure whether grads have excessive public and private debt. Both the repayment rate and debt to income standard are reasonable and necessary measures of institutional quality and student success. They protect students in their roles as consumers and as taxpayers.

Gainful employment regulations will help ensure that the nation’s Antonias,Carrons, Kylas and Micheles and millions like them who are willing to juggle school, work and family to secure a better life for themselves and their children will not be taken advantage of by unscrupulous career collegesthat provide them no career at all.